The territory covered by Parks Canada includes land in all 13 Canadian provinces and territories. Spanning 9,984,670 km², Canada contains over 1/3 of the world’s forest cover and has the world’s longest coastline of 202,080 kilometers.

Boreal forests cover much of the country, and many magnificent mountain ranges such as the Rocky Mountains are found here. The terrain is mainly flat in the central Prairies, and the East is comprised of lowlands near the Great Lakes and a few mountainous regions. Ice and snow are characteristic of the northerly Arctic regions as well as in the mountains, and much of world’s fresh water reserves are contained here.

The climate varies throughout the country with hot summers and harsh winters in the interior, and in certain areas snow can cover the ground for more than 6 months. The North experiences subarctic and arctic climates, the West coast enjoys a year-round temperate climate, while the East coast is more variable. 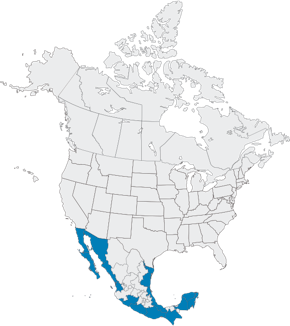 Parks Canada has been an FTS customer since 1990.

Parks Canada’s network consists of a mix of fixed and portable deployments, and a subset are also used for avalanche monitoring. All of the stations provide data to Environment Canada for climate monitoring and weather forecasting.