As weather patterns continue to evolve and change, the world faces new challenges and new opportunities. In order to safely and responsibly pursue these opportunities it is necessary to understand and evaluate the risks and measure these against any possible reward. There is little doubt that the high Arctic has been impacted by changing weather patterns. Scientists observe and record data as evidence of the sea ice melting earlier each season and re-freezing later with each passing year. But data is a dry and often un-relatable and because of this does not resonate with people. A visual record, on the other hand, can often provide a striking and impactful representation of change. To that end agencies have begun photographing and documenting the Arctic ice floe’s annual freeze and melt cycles around the Davis Straight since 2016.

However, their effort has not been without its challenges. While the visual time lapses created from photos captured to date are both dramatic and thought provoking, the extreme cold of the Arctic environment means there is a limited window of opportunity to capture images with the existing camera systems, as they do not operate reliably at extreme temperatures. Additionally, because these systems rely on intermittent cellular communication they are tethered to the range and reliability of the cellular network and cannot be installed farther than a few kilometers outside of the town. And perhaps more importantly, there is no weather data or other metrics collected along with the photos. 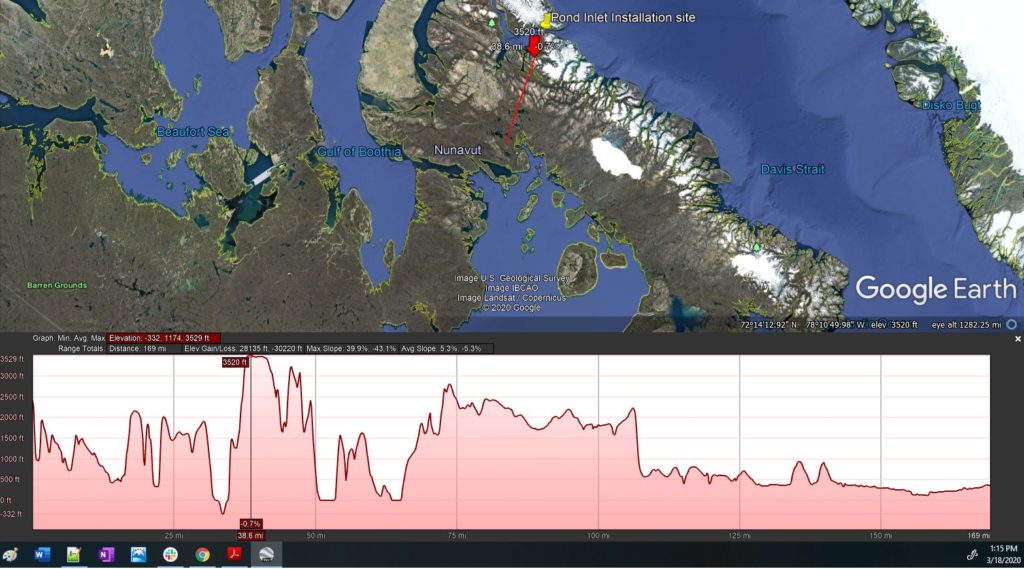 The challenge brought to FTS was to design, develop and integrate a reliable camera system that can tolerate more extreme temperatures while being installed far beyond the range of the existing cellular network. This new system had to be able to survive with little to no maintenance and function reliably and autonomously while collecting, storing and transmitting photos and valuable weather data.

The FTS RAOS system is a solar powered, camera observation station that uses the BGAN 97.6W INMARSAT 4-F3 satellite to upload photos and station health metrics on a user configurable schedule to the FTS cloud–based FTS360 software platform. Although, initially designed as a stand– alone portable observation system, in this application FTS customized and hardened the core electronics in order to mount the system onto an FTS RAWS tri-leg tower. 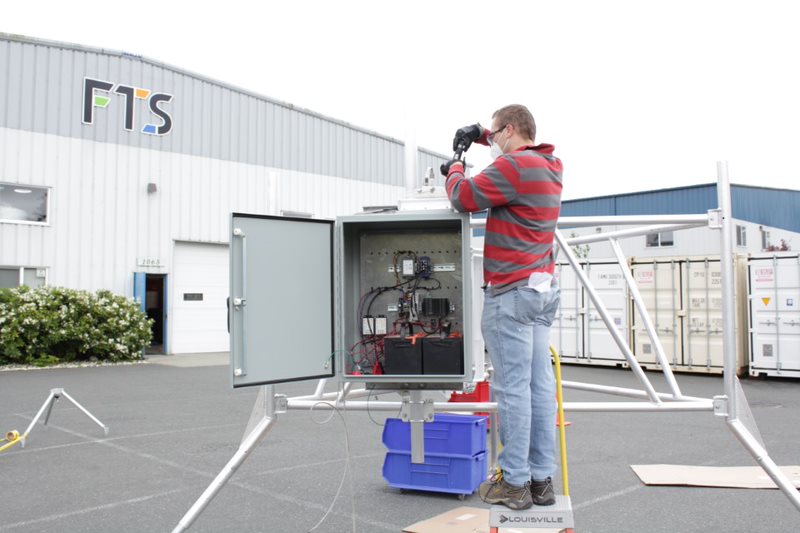 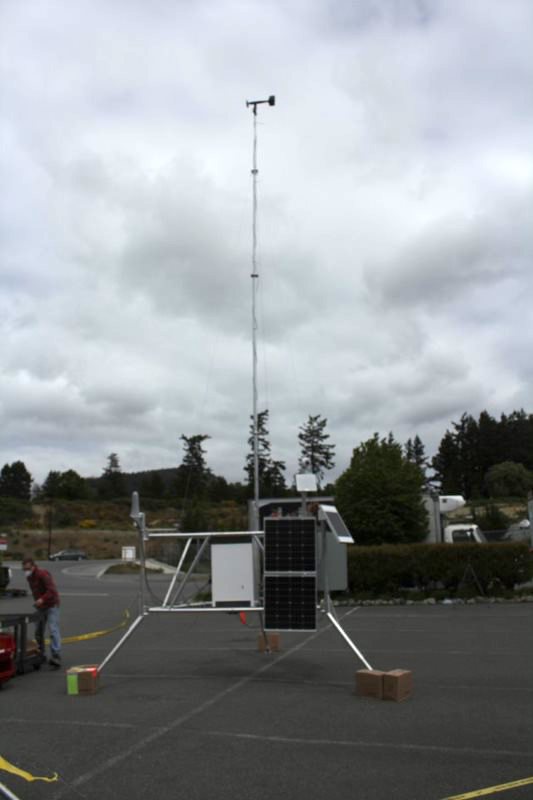 The FTS RAWS system is a solar powered, durable, fixed install, aluminum tri-leg mounted weather station that collects wind, solar, air temperature and humidity data with the FTS AXIOM datalogger. This data is recorded and transmitted via cellular or Iridium satellite on a user configurable schedule to our cloud–based FTS360 software platform. When paired together within an FTS360 agency, the RAOS images and RAWS weather station data provide a powerful insight into the changing weather patterns.

Because the final solution will have to be transported first by truck and then by Arctic sea lift to its destination and ultimately slung into place via helicopter or skidded in by snowmobile for installation, the system has to be reliable. Not only to survive the harsh environmental elements but also the journey to the site itself. While these systems are built with cold weather components designed to operate, in some cases, down to -40 C below zero they also need to be properly secured and protected within the waterproof casings in order to withstand the vibrations and rough handling such a journey entails.

The remoteness of the installation site presented a couple of unique challenges for our team.  Firstly, it was unknown if the BGAN satellite would be visible from the installation site - ensuring connectivity required collaboration between FTS, HUGHES and Ocean’s North. At only 8 degrees above the horizon, the INMARSAT 4 satellite has a slight figure 8 pattern with approximately +/- 3-degree radius that repeats every 24 hours. The satellite will be barely visible and without Line of Sight (LOS) the RAOS system will not be able to send photos back to FTS360. As such, it was critical to test not only the connectivity to the BGAN satellite but also the consistency and reliability of the connection prior to deployment.

The FTS team worked directly with HUGHES to design a test system that would connect to and ping the satellite every 15 minutes for a period of 24 hours. Terrain analysis of both the installation site and the test site indicated similar LOS to the satellite so it was determined that if the test were successful, so would the installation site. The system was deployed to the test site and proved successful.

Our second challenge was to perform and document a full build, integration and test the Santa Cam prior to shipping, certainly an interesting challenge while maintaining physical distancing due to Covid-19. It was decided to build the system in the FTS parking lot; two employees performed the build with a third photographing and recording steps in order to capture any special installation instructions. In just over 4 hours the entire Santa Cam was put together, turned on and started receiving telemetry almost immediately. The Santa Cam was then disassembled and crated for the next leg of its journey.

Stay tuned for the next installment as the Santa Cam is erected, commissioned and begins sending its first images and weather data from Canada’s far north.