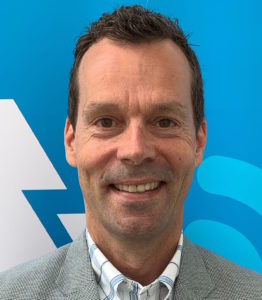 With 30 years in wildfire management, few people have more environmental monitoring experience in the industry than Shawn Bethel. We are happy to announce that he now brings his unique knowledge and skill sets to FTS in his new role as Director of Business Development.

Shawn has a long and storied history in wildfire management and monitoring. During his 20 years in wildfire operations in British Columbia, he went from being a wildland firefighter and rappelling from helicopters to becoming Manager of the International Development Program for the Province of British Columbia, providing fire management training and consulting services to agencies throughout Europe, Asia and Latin America.

After retiring from government in 2007, Shawn joined SEI Industries Ltd. as Director of their firefighting division, leading their global sales, export, marketing and engineering of aerial firefighting (Bambi Bucket) and fire ignition products. Since 2017 he has consulted internationally in business development in the aviation and aerial firefighting sector.

Shawn doesn’t hesitate when asked to explain why he came to FTS.

“I’ve known FTS for close to 30 years, and always known it to be a great company; a trailblazer in advanced environmental monitoring equipment,” says Shawn. “That interests me because I’m really into technology that supports the wide-range needs of the wildfire management realm.”

“I’ve also been an end user of the data that FTS equipment produces. As a University student, it helped keep me and my crew safe when we were on fires. When I got into fire management later and worked at the Provincial Fire Control Center, my colleagues and I would constantly use that real time data to provide a common operating picture to our regional crews, using weather briefings to look at what kind of activity was coming at us on the fire danger maps and make good decisions around resource allocations provincially. FTS weather stations were the back-bone of that system that allowed for effective planning and operational efficiencies.”

In his new role at FTS, one of Shawn’s greatest strengths is his legacy knowledge.

“I think my knowledge is especially valuable because it ties into the new technology being developed,” says Shawn. “In my 12-plus years on the sales, marketing, development and export side of the fire industry, I’ve also learned a lot about the needs of the wildfire market and how to work with the end-users of value added, enabling products. I’ve been everything from a ground-pounder firefighter to a provincial fire control officer responsible for all the resources and firefighting efforts, so I can speak to all levels from the firefighter up to the Government Executive or the CEO of a large company.”

“I think another strength is my ability to connect the dots on the return on investment for people investing in the technology and what it will bring them. The core essence of FTS has been the fire weather stations supporting fire danger and predictive forecasting efforts, but there are many other applications that come out of that technology. With extreme weather affecting other industries, we are seeing many potential technology applications into oil and gas, power utility companies, or critical incident management agencies charged with protecting people, property, assets and infrastructure. I’m looking forward to addressing those different market segments in my new role.”

“RAOS is enabling Fire Managers to have additional situational awareness by having automated, customizable camera systems giving them eyes into remote areas where traditionally they would have to send an air patrol. Aviation patrols face a lot of risks, limitations and costs but the RAOS cameras can be deployed to be there on site at the right time. This means you have eyes out there when new fires start and also monitor fire behavior on large-scale events to augment incident action plans or evacuation efforts. The systems are very versatile, allowing the incident management personnel enhanced awareness when they see the images, streaming video and monitor from emergency coordination centers with customizable dashboards via the FTS360 software. The pan-tilt zoom cameras provide the ability to zoom in over 20 miles away, to keep an eye on fire spread including long range spotting events several kilometres away from the original incident.”

What does Shawn like to do when he’s not talking remote monitoring?

“I like to get out into nature and take long walks or hikes with my family,” says Shawn. “It’s stimulating for the whole family and it’s a great time to bond with my boys. When you’re out there, you’re not looking at your computers or your phones. You’re together and you’re talking, and I love that. I’m also a huge hockey fan. I love watching it, playing it, and also coaching kids.

Shawn is looking forward to sharing his knowledge of remote monitoring and wildfire management through his new role at FTS. If you want to learn about the latest environmental monitoring technologies to support your incident management systems contact us.