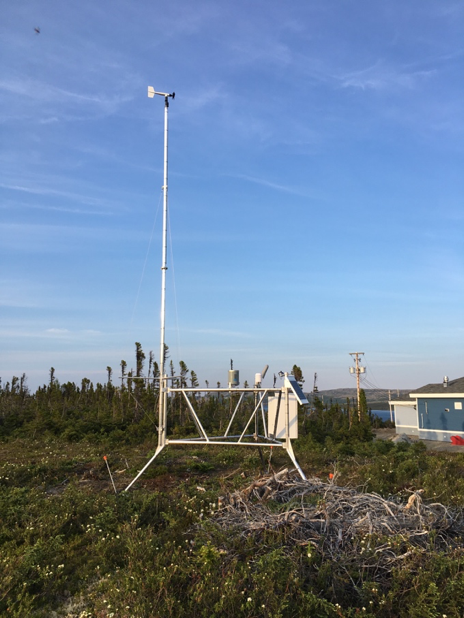 In coming years, climate change will have far reaching impacts on Canada’s north and the people who live there. Few people understand this better than Dr. Robert Way of Queen’s University.

Way is a physical geographer who specializes in understanding the impacts of climate change on glaciers, permafrost, and ice. Now he is using FTS Remote Automated Weather Stations (RAWS) to assist his work in monitoring the changes in weather and climate patterns in Labrador to help local communities in this northern region of Canada.

In the summer of 2018, Way launched the Coastal Labrador Climate and Weather Monitoring Program (CLCWMP) in cooperation with local community partners, the Labrador Institute, the Nunatsiavut Government, the NunatuKavut Community Council, and the Government of Newfoundland and Labrador. By setting up RAWS equipment near isolated communities and along major travel routes in the region, the aim of the project is to enhance weather monitoring and forecasting capabilities in coastal Labrador.

Born and raised in the central Labrador community of Happy Valley-Goose Bay, and being of Inuit descent (Nunatsiavummiut), Way has personal ties to the region and a special interest in the success of the project.

“One of the things I’ve become keenly aware of through spending time on the land, but also through partnerships with local indigenous organizations, is that there’s a pretty severe lack of meteorological observations in the region,” says Way. “Quite a few communities have been relying on weather stations a hundred-plus kilometres away to get an understanding of the weather. Obviously that’s not a very reliable means of forecasting. This project is aimed at helping community members and other organizations and partners to get access to high-quality weather data.”

After one year of consultation with the project partners, Way and his team established a network of satellite-based RAWS through July and August of 2019 near the communities of Black Tickle, North West River, Postville, Red Bay, and Rigolet. A sixth station was established along the Trans Labrador Highway in eastern Labrador.

The stations measure critical weather and climate variables including air temperature, relative humidity, barometric pressure, soil temperature, soil moisture, snow depth, rainfall, wind speed, wind direction and incoming solar radiation across the region. Data is then transmitted each hour via satellite and uploaded in near-real time to a public web portal and display interface developed by the Municipal Affairs and Environment Department of the Government of Newfoundland and Labrador.

“It helps everyone to have this data publicly available,” explains Way. “For instance many of these communities are fly-in communities that require good weather in order to get in and out, so one of our hopes is that the monitoring data will help to improve safe air travel.”

In coastal Labrador, trail routes over ice and permafrost also provide a critical means of moving between communities, as well as access to traditional subsistence and foraging areas in the winter.

“We’ve seen a few years where we’ve had extremely above-average winter temperatures which have been sufficient enough to degrade the quality of the ice,” says Way. “When you’re talking about communities that are only accessible via the ice, or aircraft in the winter, then you suddenly have people who are somewhat trapped in their communities—not able to access traditional hunting grounds, things like that.”

Many areas are accessed by boat in the summer months, so improved weather monitoring has important implications for marine navigation as well. In the long term, Waywould like to see the RAWS data used to support numerical modeling for improved weather forecasting throughout the region.

“I would say that the main goal is to save lives ultimately,” says Way. “If we can improve weather forecasts, and somebody doesn’t go out in bad conditions as a consequence, then I think that’s a very successful project.”

When asked why he chose FTS equipment for the project, Way refers to his experience using other equipment in the north.

“We know from previous experience that some of the other instruments that we put out have not been able to last in our harsh conditions,” explains Way. “We wanted to make sure that we went with the most robust frames and sensors we could possibly find, and ultimately we felt that the FTS system was an order of magnitude more robustly built for this kind of northern application.”

“We also knew that the Department of Forestry at the Government of Newfoundland and Labrador has been operating them for several years. They’re using the exact same sensors from FTS and they’ve had no major issues, so that helped our decision.” 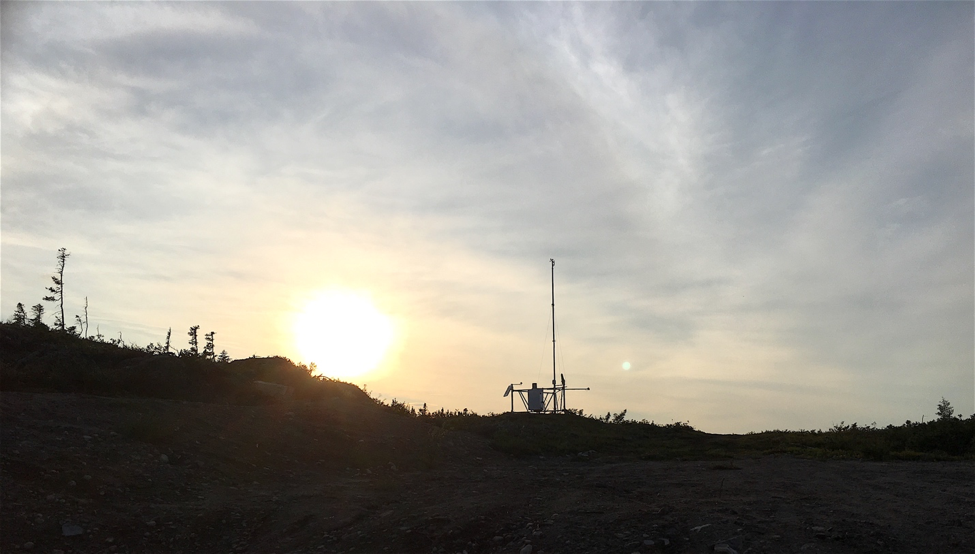 Still, there are some challenges to operating equipment in Labrador that go beyond the extreme weather.

“I’ve had pieces of equipment in years past that have been destroyed by animals chewing on them,” says Way. “Most of the animals doing the chewing are rodents, squirrels and stuff like that. When you get polar bears coming around, they are often interested in the equipment as well and they’re going to chew at it. I’ve also had equipment used as scratching posts for caribou.”

It’s still early days in Way’s new monitoring project, but based on other weather and climate observations over recent years, he has an idea of the kind of weather that Labrador communities will likely face in the future.

“One of the things that we know about climate change is that it has a greater impact in the winter,” says Way. “After a few years of above-average winter temperatures, the last few years have been a bit cooler, so some of the changes have sort of been on hold for a couple of years.”

“In the long term, we expect that the warming trend will persist and that it will go in stops and starts. So periods of rapid warming, then periods when it’s a bit more stable, and then rapid warming again. It’s complex in Labrador because of the proximity of elements of oceanic atmospheric circulation that make it unique.”

Ultimately, Way’s weather monitoring project in Labrador is banking on the reliability of the technology involved.

“When you’re making a huge investment in setting up a weather monitoring network, you want to have confidence that it’s reliable and that it won’t just be working periodically,” says Way. “It doesn’t mean that things can’t happen, but in the same vein we’re hoping that our systems will be able to withstand everything the coast of Labrador has to offer.”

Are you interested in learning more about our FTS Remote Automated Weather Station? Give us a call at toll-free at 1.800.548.4264 or contact us through our website.