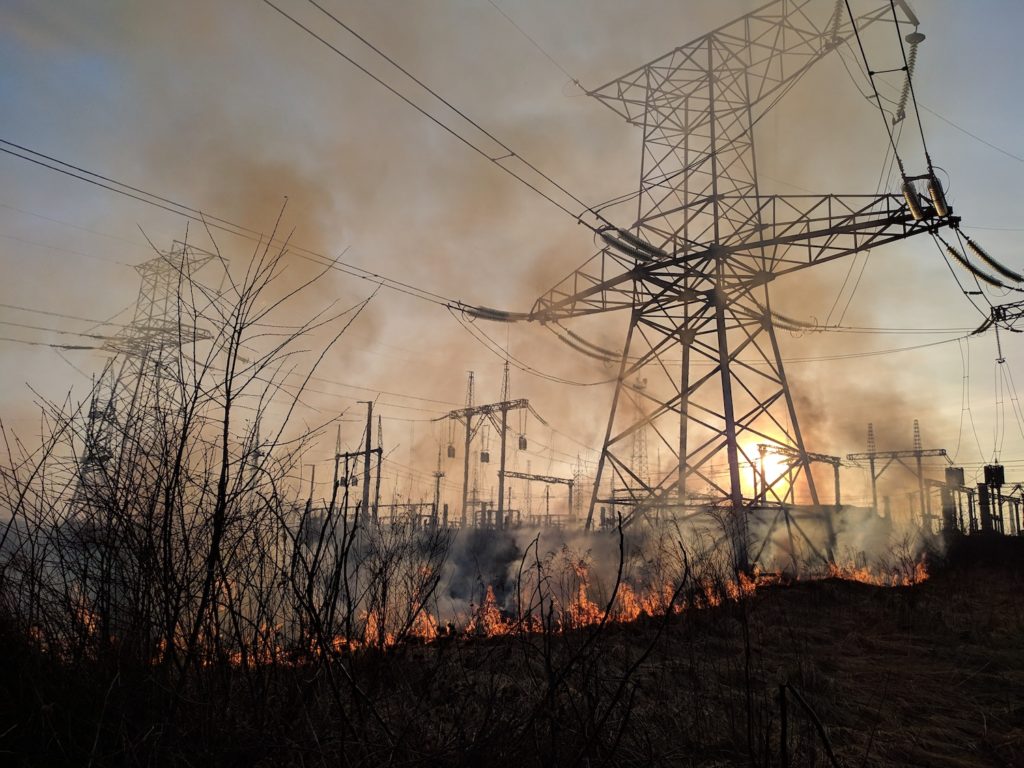 There is considerable global consensus based on scientific fact and backed by decades of meteorological observations and real-world realities that changes in our climate, combined with anthropogenic forces, has resulted in a significant upward trend in wildfires. Recent years has seen a dramatic increase in wildfire frequency, fire behavior intensity, fire severity and extended burning periods. In addition, the average wildfire season is now longer in duration. Regions like North America have well established wildfire regimes with annual wildfire seasons within wildfire adapted ecosystems, traditionally with cyclical lows and highs. In more recent years, we are seeing wildfire occurrence and severity trending up creating enormous pressure not only on government agencies, but private sector. They have to rethink their operations, invest in newer technology, and take safety measures to protect their workers and the general public from the increasing potential risk in our landscapes from disastrous wildfires and the long-lasting impacts they have on our communities.

Wildfire Situation from Bad to Worse

Since 1970, wildfires have increased in frequency by 400% across the USA. In California, 14 of the 20 most destructive fires in state history have occurred since 2007, and California has 78 more annual ‘fire-days’ now than it had 50 years ago. Following the 2018 wildfire season, a state-commissioned report made the disturbing projection that under current emissions trends, the average burned area in California will increase 77% by the end of the century.[1]

California State alone is the 5th largest economy in the world. The state has spent, conservatively, more than $4.7 billion from its emergency fund in the last 10 years to fight fires. The state has exceeded projected fire suppression costs in 7 of the last 10 years. In 2018, California spent nearly $1 billion on fire suppression and emergency response, far exceeding the budgeted $450 million. Seven of the 10 most destructive wildfires in California have occurred in the last five years. The financial toll for homeowners, renters, and businesses in the past two fire seasons has topped $10 billion in insured losses each year.[2]

According to CalFIRE, one in three California homes lies in the wildlife-urban interface—in or near dense vegetation. Some 4 million are in zones especially vulnerable to wildfire. California’s forests, which cover a third of the state, now have a forest composition consisting of 150 million dead trees. Weakened by a prolonged drought, linked to climate change by Scientists, California’s tree species are vulnerable to insect infestation and disease. In many communities in the central and southern Sierra Nevada mountain range, “80 percent of trees are dead.”[3]

Regions around the world previously not associated with a wildfire regime where fires occur annually, and are supported by weather that changes the ecology and supports a wildfire ecosystem are seeing unprecedented wildfire events. Greenland and Siberia made the headlines earlier this summer for reaching temperatures of 30+C and single digit % relative humidity. They had wildfires in areas that are rarely ice-free due to the availability of cured vegetation that serves as fuel for wildfires. In the USA, traditional wildfire regions historically associated with Western USA states and the Central Rockies are now shifting to include dialogue about wildfire events in other non-traditional US states like Oklahoma, Tennessee, Kentucky, Massachusetts, and New York.

How Can the Power Utility Companies Get Ahead of the Curve?

The challenges to the utility companies is enormous. The Bureau of Land Management (BLM) and the U.S. Forest Service (USDA-USFS) together manage 439.3 million acres throughout the United States which contain almost 90,000 miles of electrical transmission and distribution rights-of-way (ROWs).[4]

Utility companies, and ultimately their customers, must bear the cost of maintaining and repairing these ROWs, and suffer the power reliability and financial consequences if they are not allowed timely access to federal lands to manage vegetation. Utilities may be liable for fire damage if vegetation in or near ROWs cause fires when contacting electric lines. Utilities may be liable for fire suppression costs even when federal land managers have denied a request from a utility company to trim vegetation that ultimately caused the fire. And to top it off, Utilities that are held liable for fire damage costs can be denied future liability insurance.

Two key areas that power utility organizations can target to develop their wildfire mitigation programs are preventative maintenance and strategic operational practices. Today, we have early warning systems based on precise fire weather and environmental monitoring supported by rapid telemetry and communications technologies. These systems can be configured to trigger automatic alerts for supervisors, executives, operations, and maintenance teams to let them know exactly when, and where, dangerous conditions exist so they can respond quickly and efficiently.

Constant inspection and repair of aging power system infrastructure as part of preventative maintenance programs, minimizes the risk of ignition in high fire risk areas. Inspections of distribution poles, transmission structures, pole-mounted equipment and substations can be conducted regularly to identify potential risks. A proactive vegetation management program is also critical in high fire-prone areas to modify the ‘fuel’ and reduce the risk exposure. Such programs typically include the arduous process of trimming and removal of trees and other fuel sources. Available remote environmental sensing technologies exist to determine which areas are driest and more vulnerable to fire ignitions.

A critical component of wildfire mitigation is the ability to assess and forecast the wildfire risk based on weather conditions and other environmental factors. These variables are dynamic, and accurate forecasting requires processing a large amount of data from multiple sources. The National Weather Service and other organizations provide information on fire risk for different areas. However, many utilities in high fire risk areas deploy their own weather stations and other sensors to collect information on wind speed/direction, temperature, relative humidity, precipitation including fuel moisture and other available wildfire weather sensors to determine the ‘true’ wildfire risk in their specified areas and make decisions regarding the management and operations of the power system.

As the environment around us and wildfire ecosystems are changing our methods of operation must also be adaptive to the change – so too must the wildfire management tools and available technologies.  Situational awareness technologies that accurately pinpoint both wildfire danger and wildfire behavior are more critical now than ever before. To know where to start is a difficult process for many utilities but thankfully many are working with their local state and federal wildfire agency professionals to see what equipment and technology they use, what standards exist and what are the benchmark best practices in the wildfire management community.

Wildfire behavior is a combination of factors, primarily weather, topography, and fuel so it stands to reason that without knowing about changes in our environment, we cannot possibly be adequate at responding to wildfire challenges without first “knowing the workload”.  Weather monitoring, predictive service and observation technologies can help any organization to reduce risk exposure, increase safety and improve chance of success contending with a wide range of emergency situations – not just wildfire emergencies.

Wildfire risk assessment is also an imperative starting point. Accurate, real-time weather data is critical to predictive forecasting. Fire modeling solutions can help with reactive forecasting. Real-time detection, monitoring of live wildfire conditions with automated remote camera observation systems assist greatly to increase the ability for real-time decision. Catching a wildfire at the early stages of development is known as ‘initial attack’ but how many resources are enough? Having trained, experienced eyes on the new wildfire early on can make the difference between initial attack success and failure? And what if scarce resources during multi-start wildfire incident days could be assigned to where they are needed most and possibly monitor remote wildfires which do not pose a threat to communities and could be best served to let burn and fulfill ecosystem and habitat restoration needs for our environment? All these technology tools help to create the ‘full picture’ but the key will be to share information and promote a regional understanding of the risks towards generating a common operating picture – making it easier for public and private wildfire professionals to contend with large scale wildfire events that impact our communities all too frequently.

California’s 2018 wildfire season resulted in over 100 fatalities and caused over $20 billion in damage. The fatality numbers also include front line workers and support staff responding to the fires. Wildfire destruction is often leading the headlines each summer and the narrative is becoming all too familiar. At the time of writing this blog, tens of thousands are being evacuated from several major wildfires that are tens of thousands of acres in size and burning into the Wildland Urban Interface (WUI).  Extreme heat waves are forecasted for California and many western areas of North America and the Diablo and Santa Ana wind events are not in full swing yet.

Public safety is paramount and ultimately this should be the primary motivation for investing in practices of prudence, but we also need to remember that those within the response operations also need to be safe. The safety of ‘front-line’ operational workers is equally important.

We are seeing unprecedented wildfire seasons due to changes in our environment and previous land management practices, Many utility companies are developing wildfire mitigation plans to adapt, evolve and help make wildfires less destructive, wherever and whenever possible, and to minimize the environmental and economic impact on communities and to keep everyone safe.

Are you a utility company looking for help with your mitigation plan? Book a free consultation.